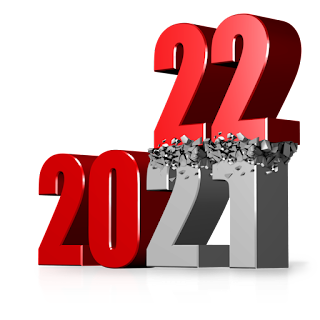 As 2021 wraps up we think about what we might do differently in 2022, I offer a few suggestions for improving state and federal tax systems.

1. Modernize tax systems: Computing and paying our taxes should be as easy as e-commerce, online banking, and email. Income taxes should be a just-in-time system where we select software we want to use to compute our tax liability regularly and we pay in or receive any overpayment at least weekly. This will work for businesses if your software accurately computes your taxable income with each transaction you engage in. Also, if you need to amend a return, just log into your account and adjust your return.

2. Simplify!: Why does our federal tax system have over 100 special rules (see the Joint Committee on Taxation list here)? We can easily get rid of the home mortgage interest deduction, especially today when less than 10% of filers claiming it. Move items out of the tax law that don’t need to be there. For example, education provisions such as the lifetime learning credit and American Opportunity tax credit. Some of these encourage schools to increase tuition. And for individuals in need of financial aid, increase grants and scholarships.  Also, why are depreciation rules over 50 pages long? Simplify!

3. Prevent budget gimmicks: Starting for tax years beginning after 12/31/21, R&D expenditures are no longer currently deductible as has been the case since 1954. Instead, companies involved in innovation that produces R&D expenditures will have to capitalize these costs and amortize them over 5 years (15 years if it is foreign research). This change was in the TCJA with a delayed effective date to help reach the $1.5 trillion cost limit over 10 years. I don’t think anyone expected it would become effective, but it will for calendar year businesses on 1/1/22. While the Build Back Better Act pushes out the effective date four years, it wasn’t passed before 1/1/22. These items that are just to help a bill reach a revenue target over a 10 year period should be disallowed.

In the American Rescue Plan Act enacted in March 2021 (PL 117-2), we saw a budget gimmick repealed. This was the section 864(f) change added by 2004 legislation with a postponed effective date and further extended at least two more times to finally be repealed by 2021 legislation without ever going into effect!

It is appalling that we start 2022 capitalizing R&D which should be incentivized and simplified to expense as incurred. It has worked well since 1954. Most countries offer tax incentives for R&D, we should too.  There are spillover effects with R&D that support some government support such as through expensing (and for some R&D, the research tax credit).

4. Allow tax law improvements without 60 votes in the Senate: The budget reconciliation process limits what can go into a tax bill. For example, it can’t have anything to do with Social Security. Provisions need to deal with revenue. Thus, no technical corrections, removal of “deadwood”, preparer regulation and many other items. It seems to also prevent many needed reforms, such as simplification. A few years ago the AICPA suggested 13 proposals to truly improve the tax law to reflect how small businesses operate today. I think it is unlikely thought we will see these reforms or similar type improvements when Congress has to use the budget reconciliation process. Of course, bi-partisan efforts to improve the tax system such as occurred in 1986 would also be good.

5. Make the personal income tax work like a personal income tax: Notice 2020-75 that allows even optional state taxes imposed on partnerships and S corporations to be deducted on Schedule E where there is not $10,000 SALT cap is very poor tax policy. Such a workaround causes lots of confusion and complexity as we see by the laws in the roughly 22 states with these optional taxes all operate differently. A “normal” personal income tax includes all income with deductions for a standard deduction and personal/dependence exemptions and the expenses of producing income, such as state and local income taxes. The $10,000 SALT cap is not proper policy and treats C corporations better than other types of business entities for no good policy reason.

6. Expand high school curriculum to include taxation basics: It is just wrong that many people first learn of taxes via their first paycheck. Why do we teach about the three branches of government and their functions but not how they get their funding? A key responsibility of citizens is to pay taxes. Why not teach the basics of taxes, government budgets and even basic tax policy (such as how different types of taxes are supposed to work), in high school? I think this would enable people to ask better and needed questions of elected officials and those running for office. For example, many people in California should have been asking lawmakers why they made the temporary sales tax exemption on baby diapers permanent this year (AB 150). To those who don’t know a lot about taxes and data, this exemption probably sounds good. But the biggest benefit goes to higher income individuals who spend more on diapers (because they can) and don’t need an exemption. Before the original diaper exemption was enacted a few years ago, the California Legislative Analyst’s Office told lawmakers that it would not do what they thought (help low income individuals). The $70 million cost of this exemption would be much better used to fund child care for low-income workers. That would be a better benefit to the economy as well.

What do you think? What would you add?