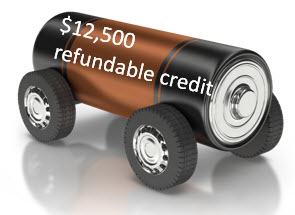 Our federal tax law has several phaseout provisions designed to prevent higher income individuals from claiming certain credits and deductions. These phaseouts are mostly all different in terms of how income (“modified AGI”) is measured and the amount of MAGI. I think the different dollar amounts serve to prevent someone from having a very high marginal rate when they move one dollar past any single dollar amount for the entry into “high income.”

I have never understood the great variation in what items are included in MAGI. Usually the §911 foreign earned income exclusion which is $112,000 for 2022, is included. That makes sense as clearly that is income but excluded for other reasons. Rarely is tax-exempt interest income included in MAGI which is puzzling (it is included in measuring taxable social security benefits under §86). Also, exclusions are rarely added back such as gifts, inheritances and employer-provided health benefits, even though such amounts might be a significant amount of income.

Build Back Better (H.R. 5376) includes several new or revised energy credits. One example is the refundable new qualified plug-in electric drive motor vehicle credit for individuals (Sec. 136401 of House-passed bill and Sec. 126401 of 12/11/21 Senate amendments). This refundable credit might be as high as $12,500 depending on the car such as if it meets a domestic content requirement which is $500 of the total available credit).

At this high MAGI level, is it worth even having the phaseout? After all, not all individuals in the top 1% measured by income will buy the qualifying car and some whi do will spend above the dollar limits so not get the credit.  I think this phaseout should be dropped for simplicity purposes. If instead, the credit was for something everyone would get, then yes, best to keep out even the top income quintile. But here, not everyone is going to buy the vehicles or at the specified dollar limits for the vehicles.

And what is the purpose of the refundable credit? Likely it is to encourage development and sales of electric cars. But GM already announced in January 2021 that by 2035 it would only have elective vehicles. So why is a $12,500 refundable credit for 10 years needed?

Also, as a refundable credit, some buyers will end up paying no tax but buying a new vehicle priced up to $80K. For some buyers, this also means borrowing. That is certainly a signfiicant part of this incentive package but I don’t know if its ill effects have been considered in the design of the credit.

What do you think?