On November 17, 2021, the California Third District Court of Appeals held an agency cannot resist disclosure of records based on the fear of releasing confidential records. Getz v. Superior Court (County of El Dorado), 72 Cal. App.5th 673,726 (3rd Dist. 2021.) In the case, Dean Getz (“Getz”) was a member of the Serrano El Dorado Owners Association (“Association”), which is a homeowners association managed by Parker Development Company. In March 2018, Getz made a request under the California Public Records Act (“CPRA”) to El Dorado County for contacts between the County and the Association and between the County and Parker Development Company. (Govt. Code Section 6250 et. seq.) The County produced an index with responsive documents, which included hyperlinks to emails and documents. 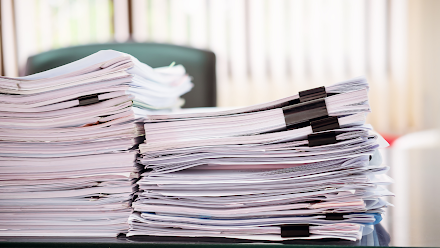 Getz believed there were more responsive records that were not produced, so he renewed his request and defined the scope to include emails from 2013 to August 2018 between four email addresses that belonged to the Association or Parker Development Company. The County identified 42,582 emails, but this time only produced the index of emails and not the actual text of the emails. Getz requested the text of the emails but the County did not respond. Getz filed a petition for writ of mandate compelling the County to produce the emails, however the trial court found the request was over-broad as unduly burdensome. Getz filed a petition for writ of mandamus to the California Third District Court of Appeal.

The Third District held that the request was not “overboard and unduly burdensome” because the County had already located and indexed the responsive emails. In its reasoning, the Court of Appeals noted that “exemptions are construed narrowly, and the burden is on the public agency to show that the records should not be disclosed.” Further, the Third District explained that an agency is compelled to provide nonexempt records upon a request “which reasonably describes an identifiable record, or information produced therefrom…” Here, Getz had provided a specific and focused request to the County.

The County argued that the volume of emails made it unduly burdensome to provide the emails to Getz. However, the Court reasoned that although a huge volume of materials may be objectionable, an agency is “obligated to comply so long as the record can be located with reasonable effort.” The Court noted that the County had already located and indexed the 42,000 emails, it had just refused to produce them. The County further argued that many of the emails were likely exempt and that the need to review all the emails to determine if they were privileged was unduly burdensome. The Court did not accept this argument, stating that agency could not rely on an assumption to prevent disclosure of all the emails, rather the agency still had to disclose the responsive emails and review for privileged information. Accordingly, the Third District concluded that request was not “over-broad
and unduly burdensome” and reversed the trial court’s decision. It ordered the County to produce the emails and their respective attachments as well as pay Getz’s costs and reasonable attorney fees.

Similarly, in Becerra v. Superior Court, the California First District Court of Appeals also held that an agency or department cannot withhold records unless there is “a clear overbalance on the side of confidentiality.” (44 Cal. App.5th 897, 930 (1st Dist. 2020.)) In that case, the First Amendment Coalition and KQED, Inc. (“KQED”) made request under the CPRA and the newly amended Penal Code section 832.7 (SB 1421) from the California Department of Justice (“Department”) for records involving peace officer use of force, peace officer sexual assault and dishonesty-related misconduct. The Department partially denied the requests for many reasons, including that review of the responsive documents was unduly burdensome.

The First District held that there was not a clear overbalance on the side of confidentiality over the public’s interest in obtaining those records. While the Department offered a declaration stating that some of the records had thousands of documents to review, the court stated the declaration “fell short of demonstrating that public fiscal and administrative concerns over the expense and inconvenience of responding to real parties’ records request clearly outweigh the public interest in disclosure.” The court further compared the record to American Civil Liberties Union v. Deukmejian, which the Department relied on to argue undue burden. (32 Cal.3d 440 (1982).) However, the court distinguished Deukmejian because the CPRA request was for index cards that included the identities of family members and associates of organized crime members. After redactions, the information to be disclosed was minimal and the court concluded the cost and burden of reviewing the exempt and nonexempt information outweighed the public interest in the disclosed information. Unlike Deukmejian, the request in Becerra was not overburdened with confidential information. It was just a voluminous request. The court reasoned that the Department failed to establish “ a clear overbalance on the side of confidentiality” and thus was required to disclose the responsive documents.

Both Getz and Becerra highlight the narrow application of the CPRA overly burdensome exemption. Not only does the burden fall on the agency to prove the exemption, but exemption is highly fact specific. It does not rely solely on the volume of the responsive documents. Rather, the exemption balances in other considerations such as the proportion of information that would be redacted before disclosure, the utility of the information after redactions and public interest in the information. Overall when reviewing the exemption, courts will side of disclosure.