At the end of 2021 the Court of Appeal considered a case from Seattle which concerned a 2016 officer involved shooting within city limits. It resulted with the suspect losing their life during the attempted arrest. After the story hit the news, a number of public comments by a city councilmember were made concerning the shooting. The officers involved responded by suing the councilmember for defamation. The councilmember argued the comments were only about police reform generally. But the Court of Appeal disagreed and said that the comments could reasonably be taken to be about the individual officers. 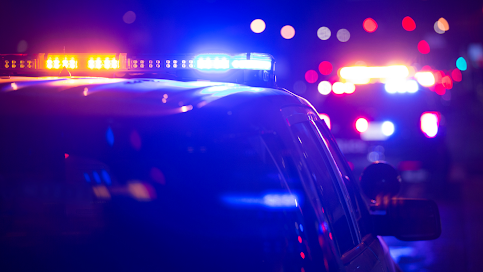 Two Seattle police officers, Scott Miller and Michael Spaulding, had been attempting to arrest an African American man named Che Taylor. Mr. Taylor was shot during the arrest by the officers, and later died in hospital. Only a few days after the shooting, a Seattle councilmember named Kshama Sawant said in front of a crowd at the Seattle Police Department referring to “[t]he brutal murder of Che Taylor, just a blatant murder at the hands of the police,” and suggested race was a factor in the shooting. She called for the Police Department to be held “accountable for their reprehensible actions, individual actions. We need justice on the individual actions and we need to turn the tide on the systematic police brutality and racial profiling.” After another fatal police shooting, Sawant repeated her allegation that “Che Taylor was murdered by the police.”

The two officers sued the Councilmember for defamation in 2018 claiming that she had falsely accused them of racial profiling and murder. Initially, the District Court rejected their claim and said the comments weren’t clear enough to be viewed as being “of and concerning” the officers. The comments were instead about the broader issues of police accountability, not singling out the individual officers.

The officers appealed this decision and the Court of Appeal sided with the officers. The court decided that the comments made were not only about the police generally, but also could be understood as about the individual officers themselves. The lower court was wrong to dismiss the claim. The court said when there’s two possible meanings of a statement, the jury should decide, not judge. The role of the court was to determine not if the words were innocent, but whether they could be reasonably taken to be defamatory against the officers.

The councilwoman’s remarks could clearly be viewed as being against the officers themselves, not just general comments about police reform. She told the crowd that the shooting constituted, “a blatant murder at the hands of the police,” and she called for the Seattle Police Department to be held accountable “for their…individual actions.”

The court also said that those who heard councilmember speak, including the officer’s family, friends, colleagues and even members of the public, knew they were the officers involved in the shooting. And so, they knew the remarks by the councilmember was directed at them individually.

Going forward, this case provides a helpful basis about comments which are so often made following an officer involved shooting don’t become a free for all. The officers in this case have shown that comments like this can be interpreted as being against individual officers, and may allow for recourse from the court.