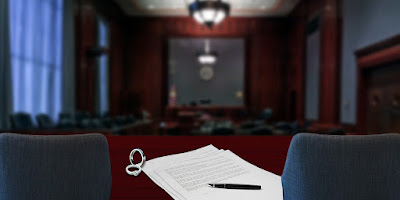 People were asked, in a classic experiment, to watch a short video in which six individuals, of which three wore white shirts and three wore black shirts, passed basketballs around. The people were asked to count the number of passes made by the individuals in white shirts. At some point, a gorilla strolled into the middle of the action, faced the camera and thumped its chest, and then left, having spent nine seconds on screen.

Intuitively, we all think we’d see the gorilla. How could something so obvious go completely unnoticed? But the truth of the matter is that half of the people who watched the video and counted the passes missed the gorilla! It was as though the gorilla was invisible.

This research led to further studies on what is known as “unintentional blindness and deafness.” When we’re focused on one thing, we easily miss other, potentially very important, things.

This is why, when it comes to winning in front of a jury, it is best to present your most important evidence/testimony both visually and auditorily. You never know which member of the jury is focused on something that renders them unintentionally deaf or blind to your critical point.

It’s also why repetition is important in a trial, and why review at time of close, matters. Don’t rely on spoken review of testimony alone. Be sure to include a visual review, using boards or other graphics, such as check charts, to sum up your interpretation of the facts.