In Lozano v. City of Los Angeles, also known as the Pokemon case, the California Second District Appellate Court ruled that the questioning of two officers who failed to respond to a call for service and subsequent review of their accidentally recorded conversations did not violate the POBR or Penal Code Section 632.  Two officers were terminated based in part on in car recordings evidencing willful abdication of their duty to assist a commanding officer with a robbery in progress while instead playing Pokemon Go on their phone app.  The appellate court rejected their claims that their supervisor’s questioning violated the POBR and that the review of the recording was unlawful.

A captain heard a radio call for a robbery in progress with multiple suspects. When the call came in, the captain could see the robbery location from where he was stopped, and noticed a police car in an alley just a few feet away. The captain was not able to identify the unit, and when the unit did not respond to the radio call, the captain assumed it was a traffic unit or a unit from a different division. The captain decided he would respond to the call. While responding to the call, he saw the police car start to back up down the alley to leave the area. A sergeant at the station looked at the watch commander’s board and saw a unit was in the Crenshaw Corridor. The sergeant attempted to radio the unit and requested they respond to the robbery to assist the captain, but the sergeant received no response. The sergeant asked dispatchers again for the unit’s response. They replied “no” and that was it.

Later the sergeant asked the officers to clarify their duties, because there could be any number of reasons the officers would be located in the area they placed themselves during the time of the robbery. Officer Lozano explained they were charged with making community contacts with citizens and business people in the area. The sergeant then asked the officers if their radios were working and if they had heard what he believed was a call for “backup” for a robbery in progress. The officers explained the area around the park was often very loud. The sergeant acknowledged this was a credible explanation for why they had not heard the radio, and instructed that they should have moved to a location where they could hear the radio.  The sergeant counseled them for not listening to the radio and “left it at that.”

The next morning the sergeant  reviewed the officers’ vehicle’s recording to “find out what [the officers] do on their average day.” At the time of review, he had no reason to know the vehicle had recorded the officers’ conversation regarding the captain or the robbery. By happenstance the vehicle did capture the officers’ conversations.  The recording suggested that the officers were playing Pokemon Go while on duty that day.  The recording showed that five minutes after saying “screw it” to checking in about the robbery call, the officers discussed chasing a “Snorlax” and “Togetic” for the next 20 minutes.  After capturing the electronic creatures, the officer commented about getting a new Pokemon today and how the guys are going to be jealous. 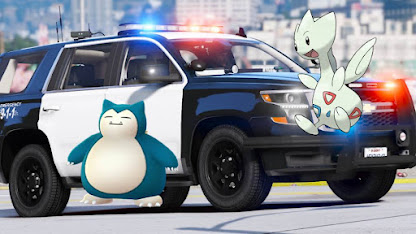 After uncovering this evidence of egregious misconduct, the sergeant initiated a formal disciplinary action against them.

POBR Does Not Apply to Counseling Sessions

The court noted that in contrast to the Labio case, the sergeant did not have evidence that the officers had committed a crime or egregious misconduct when he met with them to discuss the radio calls earlier that evening.  As such, the POBR interrogation procedures did not apply.  Consistent with the sergeant’s description of the meeting, one of the officers acknowledged it was “a normal exchange between supervisor and subordinate” and it was “the same type of discussion or … supervisory oversight that’s provided daily to the patrol units.” While acknowledging that some of the sergeant’s “questions and remarks beg[an] to shade into an investigation” during the meeting, the trial court found that this was, as an officer acknowledged, a routine exchange between supervisor and subordinate within the normal course of administering the department and therefore, POBRA did not apply.

The officers’ admission, coupled with the sergeant’s testimony, supported the court’s finding that the sergeant met with the officers as part of his normal duty to provide “counseling, instruction, or informal verbal admonishment” to subordinate public safety officers. Since the sergeant’s comments were “counseling, instruction, or informal verbal admonishment” POBRA did not apply. The court noted that where no facts caused the superior officer to believe serious misconduct had been committed, but rather a minor infraction that could properly be addressed by counseling, Government Code Section 3303 did not apply.

The Recording Was Not Inadmissible under Penal Code Section 632(d)